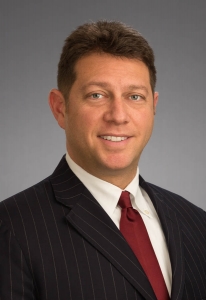 Mr. Frimet received his J.D. from Syracuse University in 1998 and graduated from the State University of New York at Geneseo in 1995.

Mr. Frimet began his legal career in the Nassau County District Attorney’s Office on Long Island, New York, where he honed his skills as a court room trial attorney.  In 2002, Mr. Frimet entered the realm of insurance legal practice. He specializes in insurance coverage and reinsurance disputes.  He has handled insurance coverage issues in various jurisdictions throughout the United States and worked on a variety of insurance coverages, including commercial general liability, property, personal disability, workers compensation, contingency and professional indemnity. Additionally, he has handled reinsurance disputes in both the courtroom setting and in complex commercial arbitrations.

Mr. Frimet focuses his practice on the representation of foreign carriers, in particular the London Insurance Market. He has extensive knowledge of the complexity and specific needs of this market having been seconded as in-house counsel to a syndicate management company in the Lloyds market on two separate occasions, once in 2004 and again in 2006.